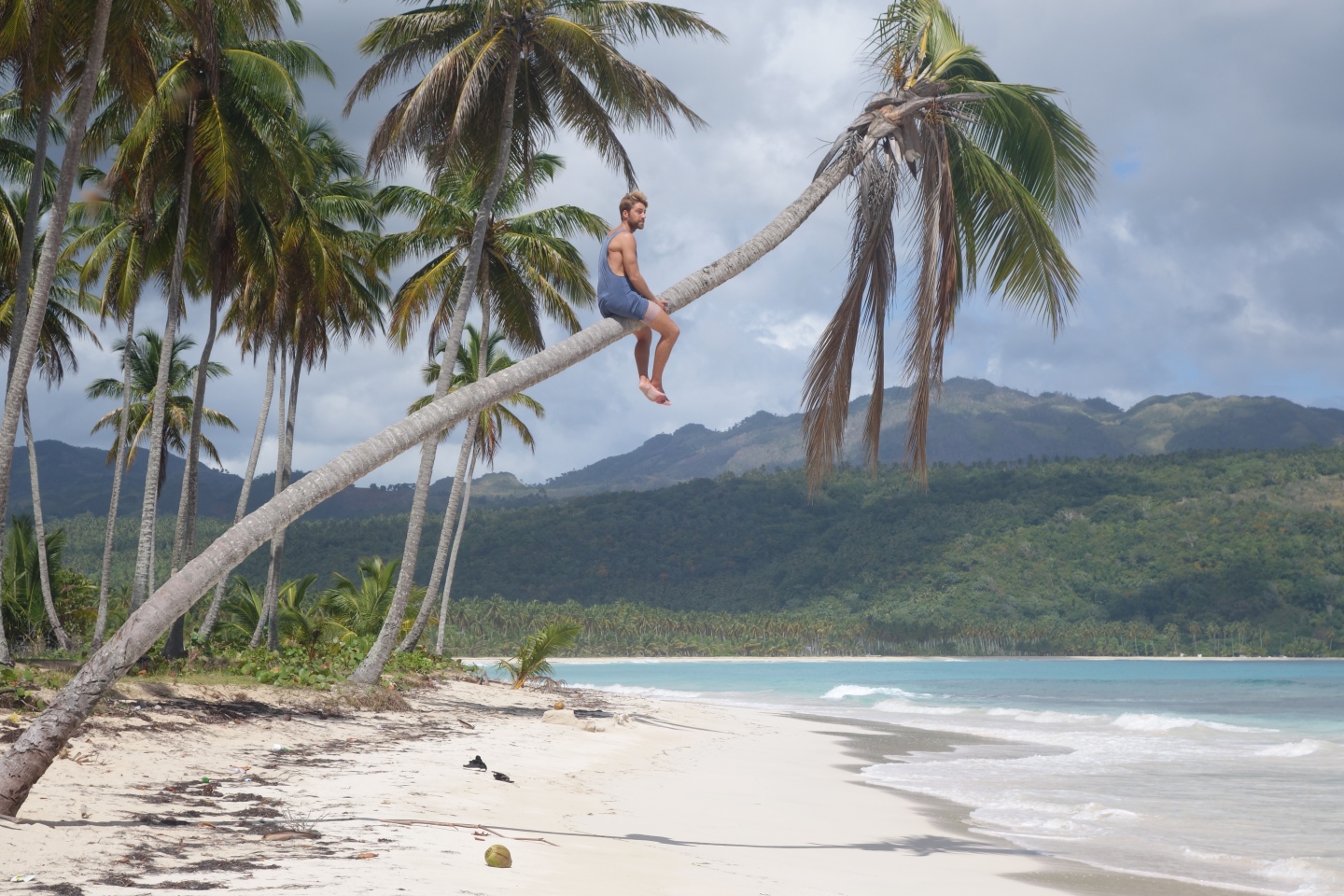 “Dios mio, stupid pendejo!” I scream, while I heroically steer the car wheel to the left, dodging the car next to me. In jedi-like manner. Traffic in the Dominican Republic is just absolutely insane I tell you. And that, even though the government spends a lot of money on trying to educate their people with signs like “don’t overtake on the right”. Fuck, it’s the only lane they do in fact overtake. The problem with Dominicans is, that they just don’t learn: The other day there was a funeral of someone, who drove motoconcho, one of the very cheap and dodgy looking moto taxis you shouldn’t take in the first place. Both him and his driver didn’t wear a helmet (it’s mandatory by the way) and died. So two people leave that said funeral, drive back home on a motorbike, get into an accident and… die. Obviously not wearing helmets either. Now I don’t want to speculate on wether or not the lack of helmets caused the fatality – but I think it’s safe to say that wearing a helmet while driving might have been the right thing to do in this insane country and could have helped.

When you get to the Dominicans, you’ll most likely be landing on an airport, maybe in Punta Cana or Santo Domingo, and probably drive straight to your hotel, using one of those super fancy nice highways they’ve built, especially in the south. Not too many vehicles on the streets, straight line, easy to drive, nice landscape. And you’ll get to your nice hotel thinking: “what are people talking about, third world country?” In order for you to see the misery – that you don’t want to see on your holidays – you’d actually have to get a rental car and drive through the less touristic areas. Or get the vibe in a local mode of transportation, the gua gua, or as the Mexicans would call it: chicken bus. I guess it got the name by people bringing their farm animals to the bus… In any case, there are two sides of the Dominican Republic and to get the whole experience it is best to leave the resort compounds and go on a little field trip. So, I have done this a couple of times and since the season for me as a dive instructor came to an end, I have decided to take a couple of extra days off to explore the island a little more.

First of all: the north side of the island is so much more interesting in terms of topography. Not plane flat like the south. I ended up in Punta Rucia, a little place in the northwest of Puerto Plata, home to about 500 people. It’s very small and almost no other tourists crossed my path. I was supposed to sleep in a nice bed and breakfast, but when I got there the german owner told me he had stopped working with booking.com long ago, and he had no place for me and actually doesn’t know how I could possibly book in for two nights online in the first place. Great news, after six hours of driving, arriving there at 1AM. Long story short, I ended up sleeping in Lulu’s storage room, a fantastic little room with hundreds of little items you would find only on a flee-market. So Lulu is the elderly owner of another BnB, who ran out of rooms also, but didn’t want to let me sleep on the beach. She’s one of those really cool grandmas, who’s still got all her biscuits in her tea and you can tell she’s been through a lot and seen it all.So she took me in and fed me and was generally just the most awesome person. Ever.

Anyway, from the very beautiful and secluded beach of Punta Rucia went a little fisherboat who brings people (mostly Dominican tourists) on a teeny tiny island, 10 minutes off the coast. This island turns out to be THE hot spot, as I picked the perfect weekend to go there; the holy weekend of easter. As a result, me and the other 500 visitors are cramped on an island not bigger than a basketball court, snorkel, eat fruits and relax on what would be a little paradise, if it wasn’t for the quantity of people. I have to highlight though, that the snorkelling is extraordinarily good there, so seriously worth going (on any weekend other than the holy weekend of easter). After a little speedboat trip through the local mangroves, in which the captain tries to maneuver through the flora as suicidal as possible, we end up back in Punta Rucia. Pretty good day. 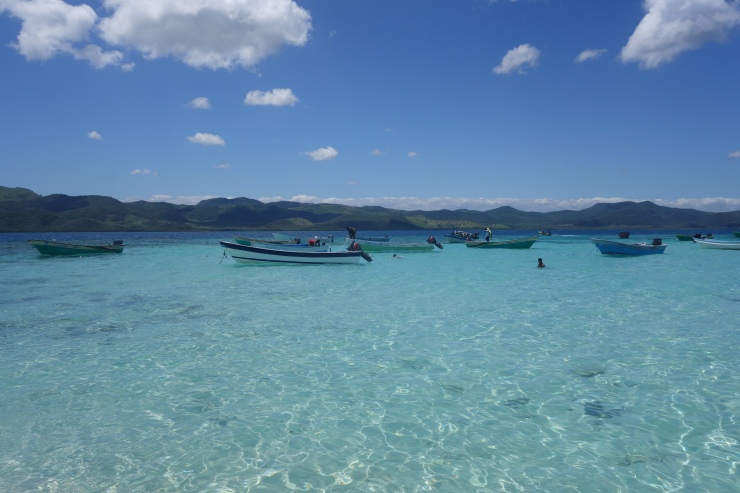 Puerto Plata, one of the bigger dominican cities, has not exactly made a superb point of making itself very appealing to me, so I decided to literally just get a brief overview and take the ‘teleferico’ to the beautiful viewpoint on top of the highest mountain close by. Definitely a to do.

By contrast, Samana, the little town on the far eastern side on the northeastern peninsula, has been very inviting and overall ‘charming’ as one might call it: great restaurants, colourful houses, fairly clean, great views. No wonder all the tourists come up here. Well, in between February and end of march, the humpback whale season might have a little something to do with it, as you can spot them from one of the many boats close to the shore. I naturally got there too late, but I’d like to think that some of the white water splashes I saw on the far horizon where whales, waving goodbye. If you make it to the east side of the peninsula, you’ll be amazed by the beautiful plane white beaches of Rincon (that’s where the picture of me sitting on that cheesy palm tree was taken). Not sure where all the tourists go, but they are obviously not here! You might also think about taking a dip into the waterfalls of Limon, a wonderful little hike out into the mountains further inland. 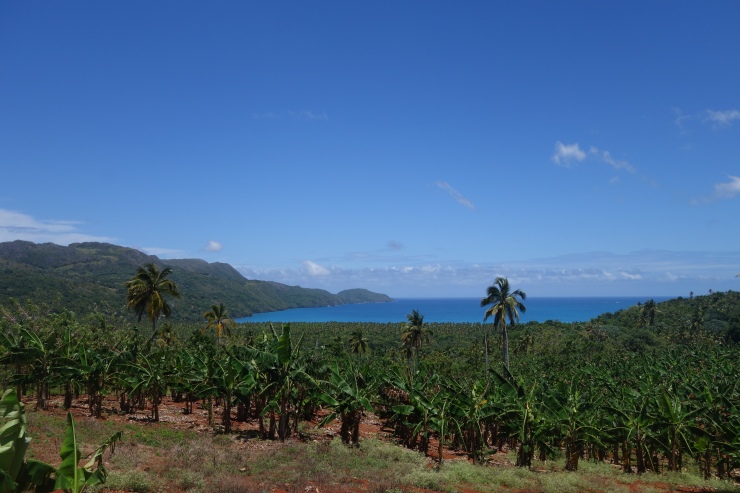 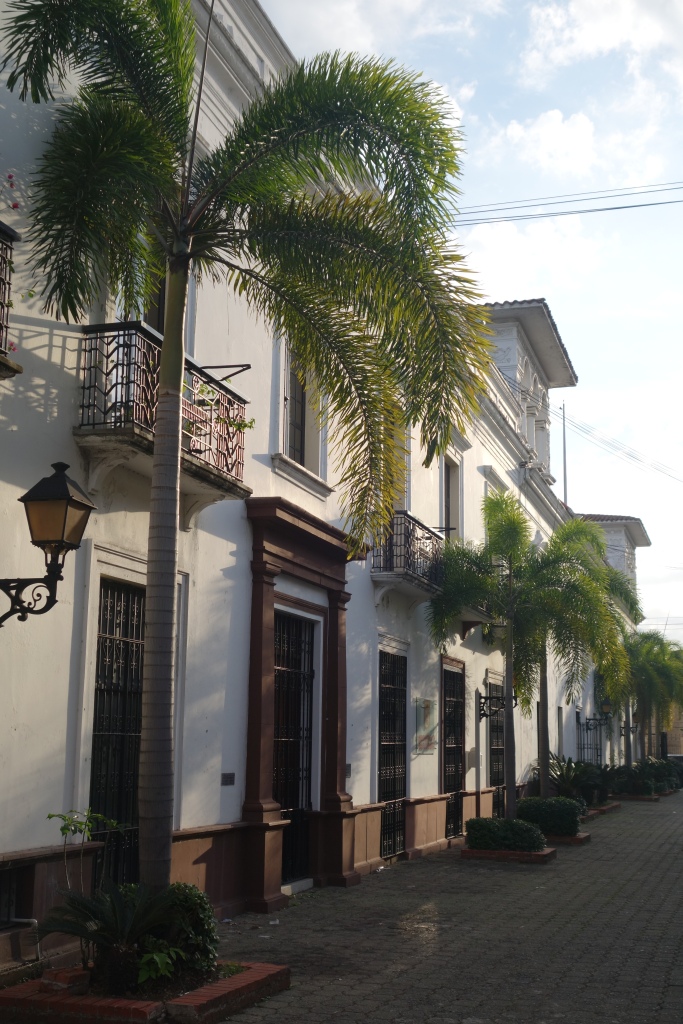